James McCormick, 56, of Langport, Somerset, is said to have made £50m from sales and sold more than 6,000 in Iraq, the Old Bailey heard.

Police said the devices, modelled on a novelty golf ball finder, are still in use at some checkpoints.

One Iraqi bomb victim described him to the BBC as a “morally bankrupt” man.

During Tuesday’s hearing at the Old Bailey in London, the court was told McCormick’s detectors, which cost up to $40,000 (£27,000) each, were completely ineffectual and lacked any grounding in science.

Richard Whittam QC, for the prosecution, said: “The devices did not work and he knew they did not work.”

McCormick had claimed the devices could bypass “all forms of concealment”, detecting drugs and people along with explosives, the court heard.

He claimed they would work under water and from the air, and would track an object up to 1km (3280ft) below the ground.

The bomb detectors came with cards which were “programmed” to detect a wide array of substances, from ivory to $100 banknotes.

Other substances could be detected, it was claimed, if put in a jar with a sticker which would absorb its “vapours” and was then stuck on a card that would be read by the machine.

In reality, McCormick’s device was based on $20 (£13) golf ball finders which he had purchased from the US and which had no working electronics.

Police said McCormick showed a complete disregard for the safety of those who used and relied upon the device for their own security and protection.

The court heard there was no evidence that McCormick had tried to sell the products to the Ministry of Defence.

BBC Two’s Newsnight programme conducted an investigation into the devices sold by McCormick’s company, resulting in a UK government ban on their sale in Iraq and Afghanistan in January 2010.

It found that senior Iraqi officials knew the devices did not work and it alleged some had received bribes to ensure they were purchased.

General Jihad al-Jabiri, the head of the Baghdad bomb squad, is currently serving a jail term for corruption, along with two other Iraqi officials.

One senior Iraqi official told the BBC that the useless devices had created a false sense of security – and that no punishment would make up for the blood that had been shed as a result.

BBC Newsnight also spoke to Haneen Alwan, an Iraqi woman who needed 59 operations after she was injured in a bomb blast in January 2009. She was two months pregnant at the time and lost her child.

She told the programme: “When people passed through checkpoints using these devices, they thought they would be safe, but they are useless. The man who sold them has no conscience. He is morally bankrupt. How could he sell them just for money and destroy other people’s lives?”

The force’s Det Supt Nigel Rock described McCormick as a “conman”, adding: “We have heard evidence from many, many experts, scientists, leaders in their field, who have said this was a fraud. A sham.

“That device has been used and is still being used on checkpoints. People using that device believe it works. It does not.”

McCormick was remanded on conditional bail to be sentenced on 2 May.

Watch Newsnight’s full report on the fake bomb detector story and the programme’s investigation into it at 22:30 BST on BBC Two on Tuesday 23 April 2013.

Businessman’s bomb-detection kits ‘were based on novelty golf gadgets’

A British businessman imported novelty golf-ball finders and used the design to develop expensive devices that he claimed could detect explosives and drugs, the Old Bailey has heard.

James McCormick, who worked from a cramped office in Somerset, sold the devices to countries around the world, including Iraq, for as much as $40,000 each, it is alleged.

His publicity material claimed the devices could detect minuscule samples of explosives, class A drugs, ivory and human beings at a distance of up to 1km at ground level and from a plane flying 5km high.

They could even pick up the target substance if it was up to 30 metres underwater or 10 metres underground and a trace of explosive or narcotic weighing a billionth of the weight of a strand of hair could be detected, according to McCormick’s material.

But, opening the case, Richard Whittam QC told the jury that the claims were “simply fantastic … incredible”. He said: “These devices did not work and he knew they did not work. He had them manufactured so they could be sold for a handsome, unwarranted profit.”

Whittam said the devices McCormick is charged over – the ADE 101, ADE 650 and ADE 651 – had been examined by experts who had concluded they lacked “any grounding in science”.

The barrister told the jury that in 2005 and 2006 McCormick bought 300 novelty Golfinders from the US. The vendors there emphasised they were “fun” gadgets.

When police were investigating McCormick they got hold of a similar device, a Gopher golf-ball finder costing $18.99, and compared it to a McCormick product called the ADE 100 – a predecessor to the ADE 101.

Whittam said the stipple pattern and even blemishes on the Gopher matched those found on ADE 100s they had seized from McCormick. Whittam said they had come from the same mould.

The jury was told that McCormick had versions of the ADE 100 and ADE 101 made by manufacturers in the UK. He then developed bigger versions that he termed the ADE 650 and 651. In 2007 he told one supplier he had just obtained a “large contract” with the Iraqi government.

The devices comprise a plastic handle fitted with a retractable antenna.

The handle is connected via a wire to a pouch. In the pouch is a card that is said to encode information about the substance to be detected. McCormick claimed the device was powered by static electricity emanating from the user.

Whittam told the jury that McCormick told manufacturers in the UK that he wanted something with a “weighty” handle. The barrister said the device came with an “impressive hard container” designed to “add credibility”.

The jury examined publicity material in which the apparent advantages of using McCormick’s devices were set out. It claimed that unlike other detectors, the great advantage was that the device did not need to be in physical contact with the target substance.

It said the product could be used at airports, embassies, by the military and government, at nuclear plants, “high-security events” and at police stations and prisons. It claimed it was able to bypass “all known forms of concealment”. Explosives that could be detected, according to the publicity material, included TNT and Semtex.

Whittam told the jury that even if it did work as advertised it would not be effective as it would be too sensitive to be of any use. But the barrister said scientists would explain to the jury why they believed it did not work.

A millionaire businessman who sold fake bomb detectors that were based on a novelty golf ball finder to countries including Iraq was convicted Tuesday of fraud in a British court.

James McCormick, 56, is said to have made an estimated 50 million pounds ($76 million) from sales of his detectors, which claimed to be able to find explosives, drugs and people from planes, under water, underground and through walls. They could purportedly detect at distance and bypass “all known forms of concealment.”

But experts said the hand-held devices, which were sold for up to 27,000 pounds ($41,000) each, in fact lacked “any grounding in science” and were “completely ineffectual as a piece of detection equipment.”

“The devices did not work, and he knew they did not work,” prosecutor Richard Whittam said. One of the earlier models McCormick sold was based on a novelty machine for finding golf balls that could be bought in the U.S. for less than $20, he added.

The detectors were sold to military and police forces around the world, including Iraq, Niger, Georgia, Egypt and Thailand.

Nigel Rock, an investigating officer with the Avon and Somerset Constabulary — the police force that arrested McCormick in 2010 — said the businessman sold 6,000 devices to Iraq for more than $40 million between 2008 and 2010.

“The devices were used at numerous checkpoints within Iraq during this period. It is clear that both civilians and armed forces personnel were put at significant risk in relying upon this equipment,” Rock said.

McCormick was found guilty of three counts of fraud at London’s Central Criminal Court. He will be sentenced on May 2.

A millionaire businessman is facing jail after being convicted of selling fake bomb detectors.

James McCormick, 56, was found guilty at the Old Bailey of three counts of fraud after jurors heard the devices did not work.

McCormick, of Langport, Somerset, made an estimated £50 million from sales of his three models to Iraq, Belgium and even the United Nations for use in Lebanon.

But, the court heard, the Advanced Selection Equipment devices had no scientific basis and were based on a £13 American novelty golf ball finder.

McCormick shook his head after the verdicts were delivered.

He was remanded on conditional bail to be sentenced on May 2.

Some of the detectors were sold for £27,000 each and McCormick is thought to have made about £37 million from sales to Iraq alone.

There is no evidence that he tried to sell to the Ministry of Defence, but an MoD inspector watched a demonstration organised by an Essex policeman.

The detectors were marketed to the military, police forces and governments around the world using glossy brochures and the internet.

Richard Whittam QC, prosecuting, said fantastic claims were made that the detectors could find substances from planes, under water, under ground and through walls.

They claimed to be able to bypass “all known forms of concealment” and be able to detect at distance.

“He had them manufactured so that they could be sold – and despite the fact they did not work, people bought them
for a handsome but unwarranted profit.

“He made them knowing that they were going to be sold as something that it was claimed was simply fantastic. You may think those claims are incredible.”

Mr Whittam said: “The devices that were sold were expensive. There was no fixed price but the ADE 651 could be sold for as much as 40,000 US dollars.”

Experts said the ADE 651 “lacks any grounding in science, nor does it work in accordance with the known laws of physics … completely ineffectual as a piece of detection equipment”.

It was no better than trying to detect explosives at random, said Mr Whittam.

The devices were sold by McCormick and his companies along with training and “sensor cards”, the court heard.

Mr Whittam told the jury McCormick bought 300 Golfinder novelty machines for finding golf balls from the US between 2005 and 2006.

It was advertised as a “great novelty item” which used the customer’s body to “energise its actions”.

McCormick, a former policeman and salesman, told the court he sold his detectors to police in Kenya, the prison service in Hong Kong, the army in Egypt and border control in Thailand.

He said one of them had been used to check a hotel in Romania before the visit of an American president in the 90s.
He said: “I never had any negative results from customers.”

Speaking outside court, detective superintendent Nigel Rock of Avon and Somerset Police said: “James McCormick is a conman. He will continue to be a conman. A man who’s made millions of dollars is now convicted.”

He added: “That device has been used and is still being used on checkpoints. People using that device believe it works. It does not.” 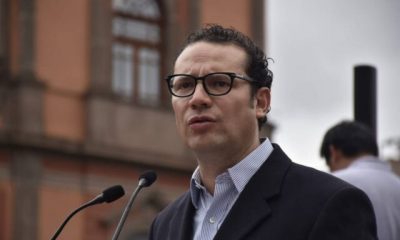